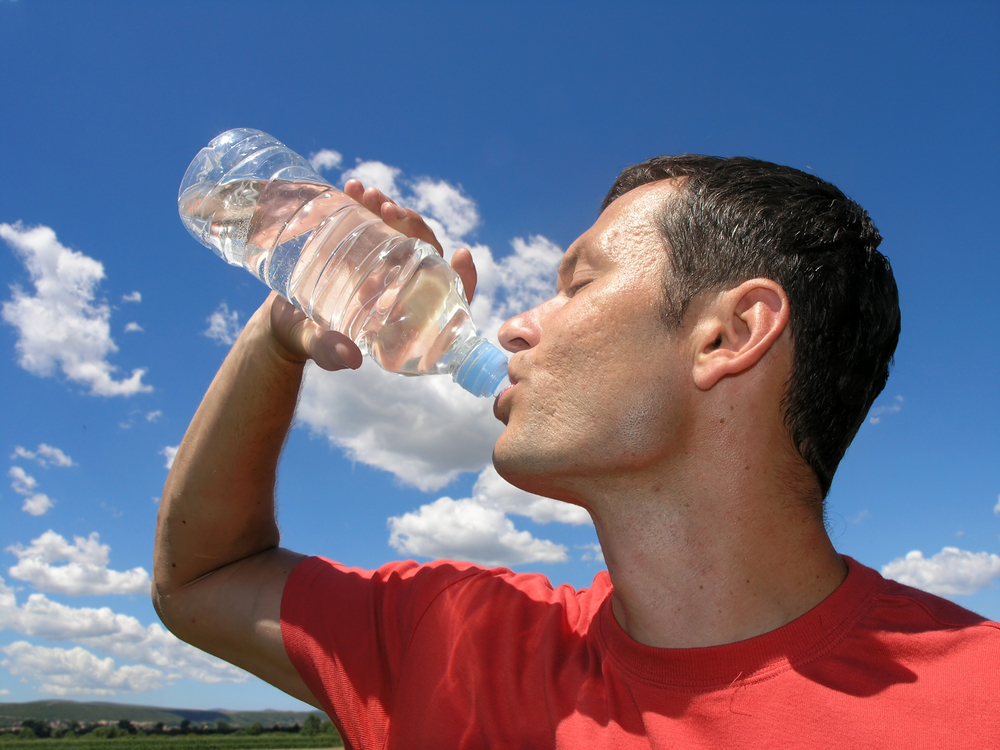 Cottonmouth, drooth, the pasties, no matter what you want to call it; this side effect of dry mouth experienced from smoking weed is an unpleasant experience many of us would rather go without. Even if you’ve been smoking weed for years and consider yourself a heavy smoker, cottonmouth will still creep on you and be that nuisance lingering over your shoulder.

Fortunately, you can help yourself to deal with it by learning some tips and tricks. But before we dive in, let’s learn why smoking or vaping weed triggers dryness in our mouths.

To find out, keep on reading as we cover all the points you’ll need to know.

Cottonmouth is the dry and uncomfortable feeling in the throat and mouth experienced when smoking weed. It is commonly described as an extremely parched mouth, but can sometimes include small bits of mucus lining the roof of the mouth, giving the sensation of cotton when rubbing the tongue against it, making it incredibly hard to swallow.

While it may sound and feel unpleasant, it is not something that you should worry about medically. Here’s why.

THC and the Endocannabinoid System

Cottonmouth itself isn’t really a new phenomenon in the cannabis world, however luckily for us, the research is looking into it. Recently, researchers have taken a more in-depth look at cottonmouth and its relationship to weed.

That said, our bodies are lined with these receptors, having them in large amounts throughout our brain, nervous system, digestive system, and various other places.

As it turns out, the real cause of cottonmouth is actually due to the cannabinoids in cannabis.

Interestingly, the THC in cannabis is actually structurally similar to Anandamide, a compound associated with decreased saliva production.

Because THC is structurally similar to Anandamide, researchers have been led to believe that the THC binds to the receptors in the submandibular glands, resulting in blockage from the impulses sent by the brain, decreasing overall water production in the mouth.

This newfound discovery has opened up new doors for potential treatments for those who suffer from cottonmouth from other medical reasons such as Xerostomia.

What to do When you Have Cottonmouth

Almost everyone experiences some degree of dry mouth when smoking cannabis. Luckily, we’ve created a list of remedies to help you deal with it and get on with your day.

This one is a no brainer! it’s important to include some water in your arsenal to provide quick and effective relief to even the most severe cases of cottonmouth.

While water alone may not be able to solve the long term discomfort of cottonmouth, it will alleviate pain and discomfort in the immediate moment, especially when smoking. Not to mention it’s always a good idea to stay fully hydrated and sip on some water on a regular basis to function properly.

To stimulate the flow of saliva in your mouth, you can reach for some sugar-free gum and begin chewing away.

As a matter of fact, chewing gum can increase salivary flow by up to 10 times by stimulating both gustatory (taste) and mechanical (chewing) stimuli, giving you that much-needed water and moisture to ease any discomfort.

Needless to say, they are also healthier than your regular chewing gums due to the lack of sugar and their ability to reduce tooth decay and strengthen your teeth.

Suck on Some Sugar-Free Hard Candy

Much like chewing on some sugar-free gum, sugar-free hard candy can also stimulate salivatory production. We opt for sugar-free options as sugar has similar dehydrating effects as salt, drawing more water out of your system than necessary.

Try to avoid salty food when you have cottonmouth. It will draw water out of your cells and can make you dehydrated even more.

What to Avoid When you Have Cottonmouth

Coffee or any Other Caffeinated Beverages

The right beverage can be a saving grace to the discomforts of cottonmouth, however, caffeinated beverages are not in that category.

Anything with caffeine inside it will act as a diuretic, causing your body to flush out large amounts of water, which is counterproductive to what needs to be done. Instead, opt for some water or similar drinks without caffeine.

Much like caffeine, alcohol is a no-go as it will draw even more water out of your system. That means avoiding alcoholic beverages and mouthwashes with alcohol in them as they can worsen the dryness.

It can also cause you to experience not only a dry mouth but also fatigue and a headache. Be sure to stay away from alcoholic beverages when you smoke weed (it will also help you avoid experiencing the dreaded crossfaded high).

Experiencing Cottonmouth? How to Survive

Great job, you’ve made it through! We hope this article was able to provide some insight into the effects of cottonmouth and what tricks you can use to ease the symptoms.

Whether you’re new to the world of cannabis or seasoned veteran, cottonmouth does not discriminate. We recommend carrying a bottle of water and some gum with you when smoking as you’ll never know when the cottonmouth strikes you.

And try to avoid caffeinated and alcoholic beverages to save yourself from undesired headaches and fatigue. Happy smoking (or vaping)! 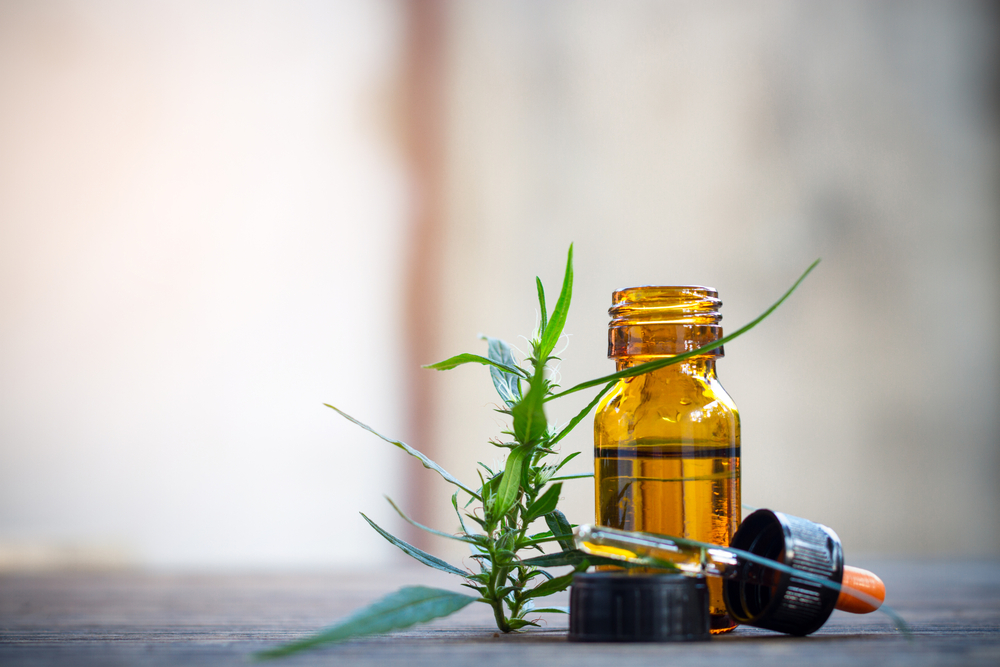 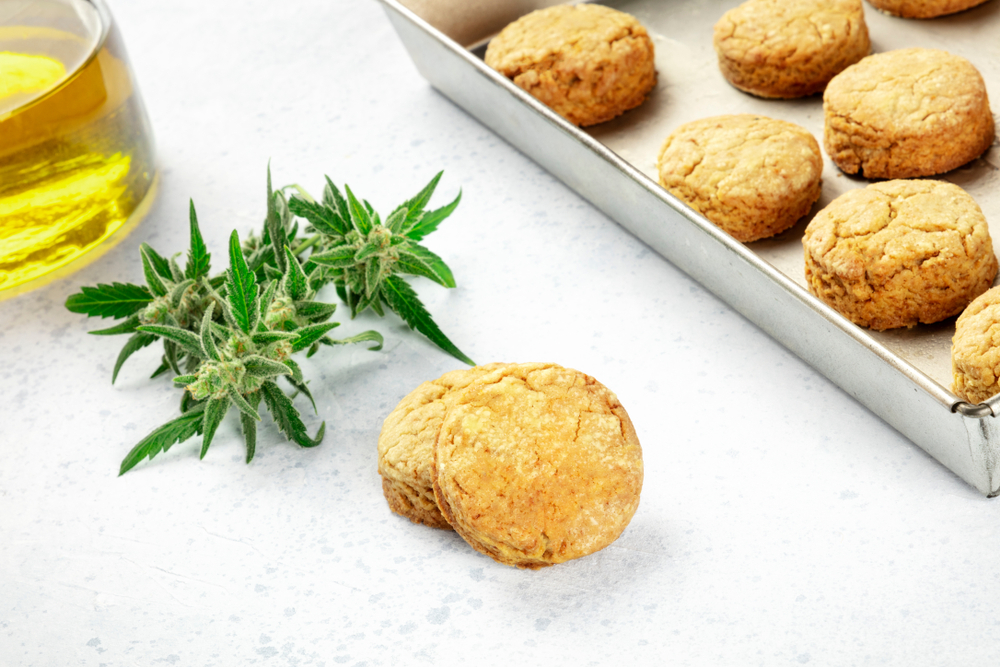 Finding the best edibles in Canada is a challenging task. Between low-quality fakes and the potent yet expensive gummies at

Cannabis comes in a wide variety of shapes, sizes, and colours, including purple weed!  Different versions of purple bud have