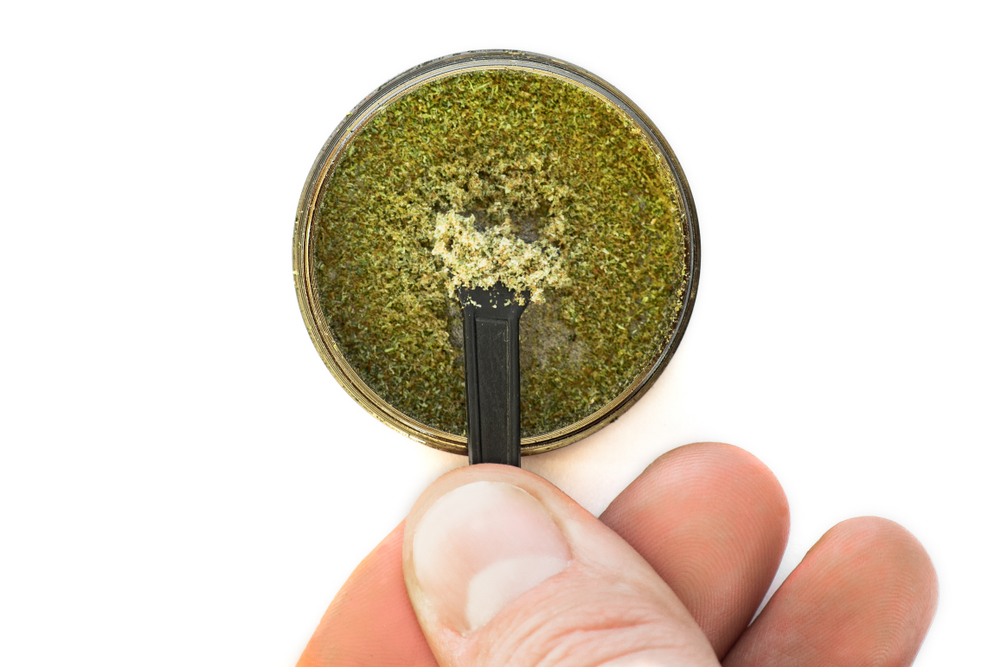 Kief is what’s described as the sticky, powdery crystals found on the surface of fully flowered cannabis plants. It can get you sky high and send you to a place where regular flower buds just can’t go.

The best part is, you can use kief in a variety of different ways depending on how you enjoy your cannabis – from making smokeable hash to cooking with the THC packed substance – it’s more than just something you can add to your joints!

So what is kief and how do you use it? Keep on reading and we’ll show you how.

The Basics of Kief

When a cannabis plant has reached full maturity, it forms tiny white bristles on the outer of its exterior called trichomes. These trichomes are laced with tons of tiny crystal-like resin glands which we commonly know as kief (alternatively spelled as ‘keef’).

Traditionally, cannabis plants have used their trichomes and the kief attached to it as a sort of defense mechanism to ward off any potential predators. Any herbivores who were daring enough to feast on the plant matter of these cannabis crops were quickly tossed into a psychoactive funk, usually completely incapacitating them, preventing them from fending for themselves.

Luckily for us, keef can get us amazingly high, but it won’t necessarily threaten our livelihood in the same way it did for many of the herbivores of the past. Like any other harvest of cannabis, the quality of your keef will be highly dependant on the quality of the bud it grew from.

Kief is generally more potent than your standard cannabis flower. This is mainly due to the fact that they are loaded to the brim with THC and several other cannabinoids. Keef also measures extremely small, being only between 75 and 125 microns giving it an extremely high THC to weight ratio, falling second only to cannabis extracts.

How to Collect Kief

While there’s no fast way to make kief, the easiest way to collect a large amount at home is to use a three-chamber grinder to grind your weed. Most three-chamber grinders have a built-in screen at the bottom to collect the Kief that has fallen off the plant material when ground. This separate chamber also usually includes a tool or scoop to extract the kief once it’s accumulated.

Simply grind your weed and any excess keef lost in the action will filter to the bottom at the screen.

In dual or single chamber grinders, the Kief that’s separated from the plant matter usually has the tendency to stick and caked to the surfaces, as they have no chance of being filtered out.

With three-chamber grinders, the grinding process is usually smooth and efficient and can be a great way to passively build your kief stache.

If you want to collect even larger amounts of Kief, many people also invest in either kief boxes or flat-screen sifts and mesh filters with a rating of 80 to 270 LPI (Lines Per Inch) to get the job done. To sift kief, what many people do is create a sift comprised of several filters with each filter having a tighter weave (higher LPI) than the last. The reason being for advanced kief refinement and the guaranteed separation of any excess plant matter.

The most effective way to sift your kief is by carefully moving and pressing some fresh ground bud over the top layer of the filter so the kief has a chance to break off from the bud. Ideally, this would be done over a container or flat surface to capture all of the said kief. As mentioned before, this is a great way to isolate and extract large quantities of kief for more specialized usage.

Keep in mind that the cannabis used in this process will have a greatly weakened effect due to the removal of most of its trichomes.

Is Kief the Same Thing as Hash?

In a sense yes, but also no.

In order to compare the two, it’s important to first understand what hash is. Hash is essentially pressed kief that is heated for some time in order to form a brownish-green soft substance. So yes, in a sense hash is kief, but the difference lies in what happens during the processing.

When pressing kief and exposing it to heat, it causes the resin glands to rupture and oxidize, altering the color, flavor, and the effect of the kief altogether. This change in effect, however, is usually a positive one with many people preferring the complexity of the hash high to the simplicity of the kief high.

5 Great Ways to Use Your Kief

Collecting the kief is only half the journey, but figuring out what to do with kief is where the real fun is at. Here are some of the best ways to use your kief:

Mix it With Your Weed

If you don’t know how to smoke kief, no worries! Seeing as how the kief you collect is a byproduct of grinding weed, you could always simply add kief to your ground bud assuming it’s fresh enough to stick to it. This is a great way to add extra strength and flavor to your batches.

If you find yourself rolling joints frequently, feel free to sprinkle it on over the top of your ground bud, or roll the joint with the kief enhanced weed.

If you really want to get fancy, you can even coat your joint with some hash oil or cannabis concentrate and then cover the exterior in kief. Keep in mind, you might need to heat up your cannabis oil in order to get it to a liquid consistency suitable for coating your joint.

Smoke it in a Bowl

If you prefer to smoke your cannabis out of a pipe or bong, you could also crown your bowls with kief.

Similar to making a keef joint, simply add kief to your already packed bowl. Making a roast keef sandwich is a great way to both add some extra power to your bowl and protect your kief from burning off.

To make a roast keef sandwich, start by pack some ground bud in your bowl as the first layer. Once you’ve got that down, add a thick layer of kief on top of your ground bud and then seal the whole thing off with another layer of ground weed and you’re good to go!

Make Hash With it

A bit too heavy of a topic for this article, but you could use your keef to create some hash by applying heat and pressure to it. Hash is known for its complex and euphoric high as well as its versatility in creating several other types of cannabis products.

Add it to Your Food

Kief can always be used in food, so long as you remember to decarboxylate it prior to cooking. Ideally, you should heat your keef up for about 25 minutes at 220 degrees Fahrenheit to get it to a suitable state for cooking.

Simply use keef in your food in the same way you would use regular cannabis. However, keep in mind that the strength of keef can sometimes be triple the strength of high-quality bud. Exercise caution!

Keef definitely packs a solid punch and can be unnecessarily strong for some – now that you know how to collect it and some of the best ways to use it – it’s our hope that you’ll step out of your comfort zone and try it out for yourself!

If you’re experiencing a bit of a tolerance ceiling, kief can definitely take your joints and bowls to the next level. Just be prudent of how much you plan on using!

If in doubt, it’s always best to follow the old adage: start low and go slow.

Smoking moldy weed is a total buzz kill in more ways than one. Getting all amped up to enjoy some 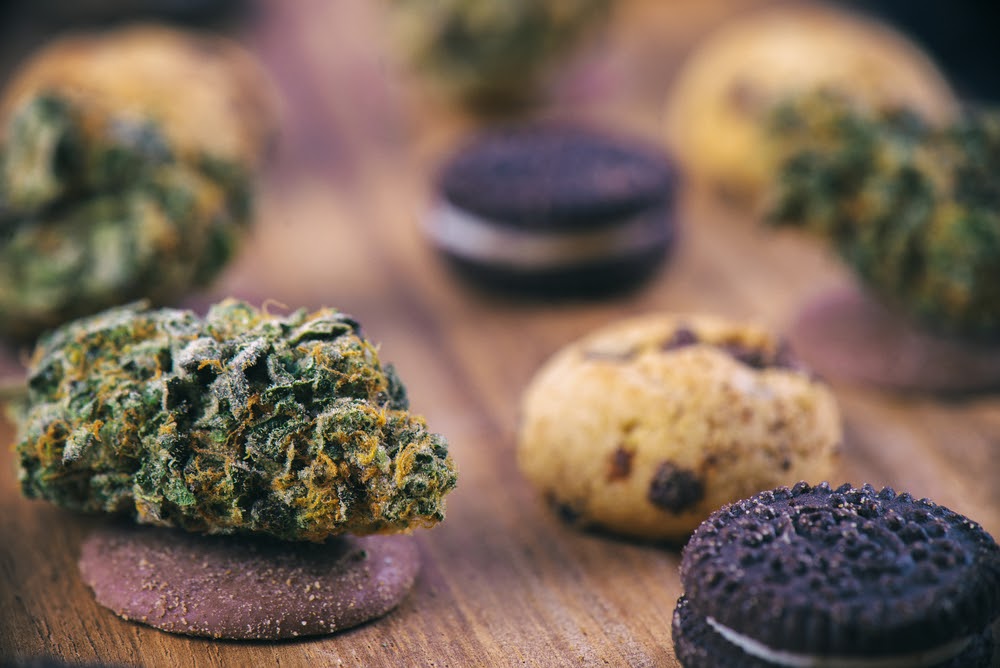 While smoking cannabis is usually the go-to method of consumption, not everybody enjoys inhaling smoke into their lungs but at 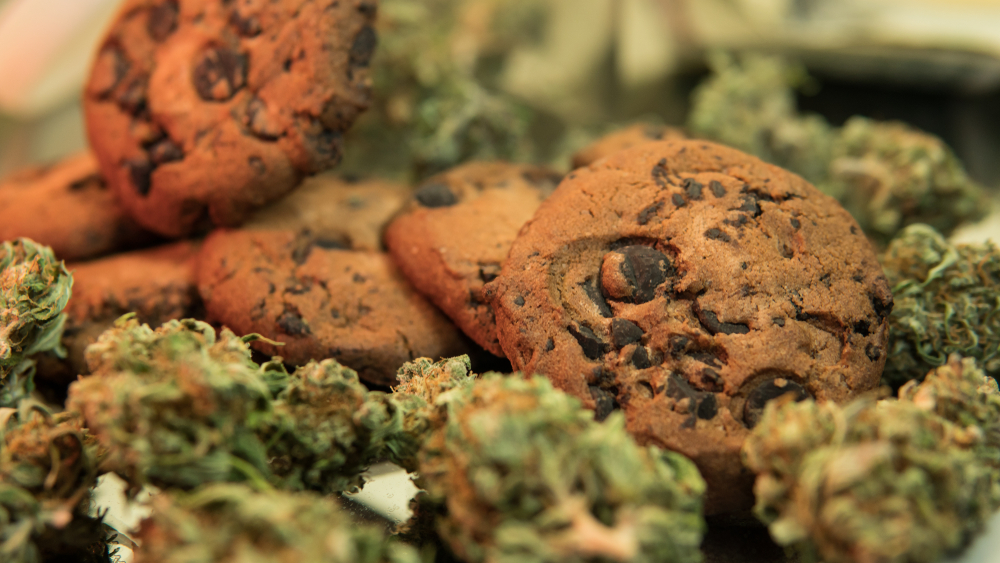 Looking for a simple weed cookies recipe without too many fancy ingredients and complicated steps? We've got you covered! Cannabis